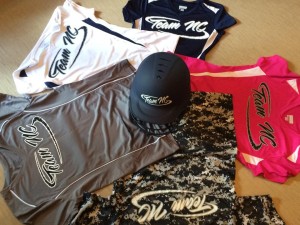 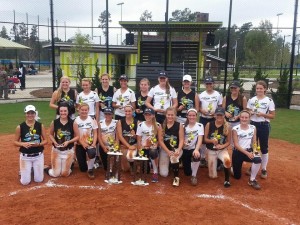 I loved coaching the Lady Blues 01 team this past summer but now – here comes the Team NC (Baylog) team!  We have a busy Fall 2014 schedule and the season is off to a great (and fun filled) start.  This past weekend Team NC (Baylog) participated in the Think Pink Tournament and took home the tournament’s championship trophy.  The girls are already playing very well with a strong sense of commitment and cohesion.  Take a look over at our new website (http://teamncbaylog.com/) or our Facebook page (https://www.facebook.com/groups/188663544670289/) to see other pics and news about the team. Who is Team NC?  For 2014-2015, the Team NC Organization consists of 11 teams representing age groups from 12U through 18U. Team NC players come from all over North and South Carolina. Team NC strives to compete at the highest levels of fastpitch softball and to assist these girls in achieving their goal of playing college softball.  The organization did very well over the past softball season, taking the 2014 ASA State Championship titles in three age groups; 14U, 16U, and 18U.  Looking forward to a top notch season with the Team NC players this Fall.